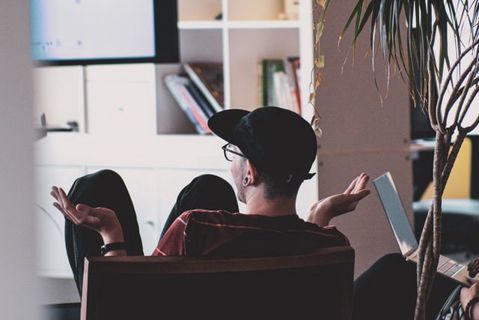 We all heard the terms “psychopath” or “sociopath”. These are the old names for a patient with the Antisocial Personality Disorder (AsPD). It is hard to distinguish narcissists from psychopaths. The latter may simply be a less inhibited and less grandiose form of the former. Indeed, the DSM V Committee is considering to abolish this distinction altogether.

Still, there are some important nuances setting the two disorders apart:

As opposed to most narcissists, psychopaths are either unable or unwilling to control their impulses or to delay gratification. They use their rage to control people and manipulate them into submission.

Psychopaths, like narcissists, lack empathy but many of them are also sadistic: they take pleasure in inflicting pain on their victims or in deceiving them. They even find it funny!

Psychopaths are far less able to form interpersonal relationships, even the twisted and tragic relationships that are the staple of the narcissist.

Both the psychopath and the narcissist disregard society, its conventions, social cues and social treaties. But the psychopath carries this disdain to the extreme and is likely to be a scheming, calculated, ruthless, and callous career criminal. Psychopaths are deliberately and gleefully evil while narcissists are absent-mindedly and incidentally evil.

From my book “Malignant Self Love – Narcissism Revisited”:

“As opposed to what Scott Peck says, narcissists are not evil – they lack the intention to cause harm (mens rea). As Millon notes, certain narcissists ‘incorporate moral values into their exaggerated sense of superiority. Here, moral laxity is seen (by the narcissist) as evidence of inferiority, and it is those who are unable to remain morally pure who are looked upon with contempt.’ (Millon, Th., Davis, R. – Personality Disorders in Modern Life – John Wiley and Sons, 2000). Narcissists are simply indifferent, callous and careless in their conduct and in their treatment of others. Their abusive conduct is off-handed and absent-minded, not calculated and premeditated like the psychopath’s.”

Psychopaths really do not need other people while narcissists are addicted to narcissistic supply (the admiration, attention, and envy of others).

“When the egocentricity, lack of empathy, and sense of superiority of the narcissist cross-fertilize with the impulsivity, deceitfulness, and criminal tendencies of the antisocial, the result is a psychopath, an individual who seeks the gratification of selfish impulses through any means without empathy or remorse.”

It is commonly believed myth that personality testing instruments can measure your personality and predict your future behaviors. The pre-employment testing mechanism has been following this creed without any solid evidence. The testing industry claims all out validity. The educational institutions and employer organizations use them for screening purposes. Their transparency and equity has even convinced the courts of law.

But it is still an unresolved riddle; what do they test?

It is like peeling off an onion. Every strip leads to many more. Finally you get a heap of onion strips. Where is the onion?

But personality is not an onion…

Allport has recorded hundreds of different definitions. Most of the psychologists equate it to your style, behaviors and reactions. They have devised instruments to measure these main areas. The collected data about your behaviors and temperaments help them to decide your career. You may organize your behaviors in future but you may never be able to go for a career of your passion.

But they all and many other characteristics are expressions of your personality.

I don’t find it wise to define personality. Admittedly it is an abstract reality. You get it with your birth. You can either develop it or disintegrate. Your style, behaviors and reactions are expressions of your developed, undeveloped or under-developed personality.

With all the paranoia of mind control and how Neuro Linguistic Probramming (NLP) can be (and is) used to “mess with peoples heads” it’s high time to pull the cat out of the bag and let people know exactly what is possible.

For example, can you create an addiction in someone using Neuro Linguistic Programming (NLP)?

Before you learn the steps to do it and how to protect yourself, let me give you two warnings.

First, don’t do this to people unless you are giving them a compulsion for something they want that will be good for them like exercize and healthy foods. Anything else and it may seem fun to think about but leave it at that. Only think about it, don’t do it. It’s just not a nice thing to do to people.

Second, To do this you have to be very good at NLP, report building and anchoring etc.

Start by eliciting what is called the NLP submodalities of a compulsion a person has. You can do this by asking what are some things they have compulsions for, like chocolate, and then asking “As you feel that complusion what sort of images is your mind making? Where do you see those pictures? How big are the images? Color or Black and White? ” and so on.

Then begin to describe what you want them to have a compulsion/addiction for in exactly the same way. Describe the new compulsion as being seen in the same place, etc.

I’m not going to give you any more detail than that. It’s more than enough to experiment with.

Using this pattern a person can create a compulsion for drugs, sex, money, perfection, driving fast, you name it, but you can also create compulsions for exercize, punctuality, orderlyness and many so-called “good” things.

There are ways to prevent someone from covertly creating a compulsion in you. First be aware of the mental and emotional states that people are asking you to describe and be on guard when they start to talk about compulsions.

If you suspect someone has helped covertly create an unwanted compulsion in you (good luck) the compulsion can be undone with what is called the meta yes/meta no process.

In Meta Yes/Meta No you’ll start by thinking of something unrelated to the compulsion that you would say “No” to. Think of that item and bring up the very strong feeling and repeatedly say “No” in a very firm and congruent manner. Practice it until the “No!” and the feeling are deeply linked to one another. The next step is to begin saying “No!” repeatedly to the compulsion and do it with the same energy and conviction as when you started the process.

Terms and conditions
psychotherapy and hy
Projective Method Fo
Myths and personalit
What is NLP.
A
A
Ayesha Raza
Follow