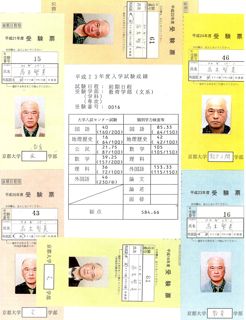 Private school to be built next to city junior high school; parents oppose plan, saying it will highlight economic power and educational disparity

In Nagareyama City, Chiba Prefecture, where the number of elementary and junior high school students is rapidly increasing due to the influx of people raising children, a plan is underway to relocate Minami Nagareyama Junior High School to the site of a university that the city is acquiring. However, a plan has emerged to lease the other half of the former university site to a private school, Gyosei International School (Kisarazu City). Parents and citizens of the area have begun a petition drive to have the private junior high school reevaluated, saying, "Neighboring each other highlights the disparity in parental economic power and education," and "The process of inviting a private junior high school to the area is questionable. (Toru Kimura)

I don't understand the point of view of those who are against this news. If you lived in a shabby house and someone wanted to build a mansion next door, would you campaign against it? Whether you oppose it or not, it won't make the economic and educational disparity go away.

Besides, I don't think many people will agree with the short-sighted view that if you have money, you are happy, and if you have a high level of education, everything is okay. I heard that a member of the royal family is taking a special course to study at the University of Tokyo, but even if you are rich or have a good bloodline, it doesn't mean you will be able to study well.

Looking at the mansion next door, he said

"I'm going to live in a house like this one day!

I'm going to live in a house like that someday!" You might live your life with fight in your heart. If you read the success stories of many people, you'll see that it's rare to find people who win many battles in a row. Most people go through hell at least once and come back up.

I've been teaching entrance exams for over 30 years, and it's not only rich people and young ladies who get into difficult universities such as Tokyo University, Kyoto University, Osaka University, and Nagoya University. There are children who are like that, but there are also children who crawl up the ladder by learning from their parents who were at the bottom.