Children are falling prey to drug addiction, Crimes by them and their Trialy

A UN survey dating back to 2013 put the number of drug users in the country at 6.7 million. 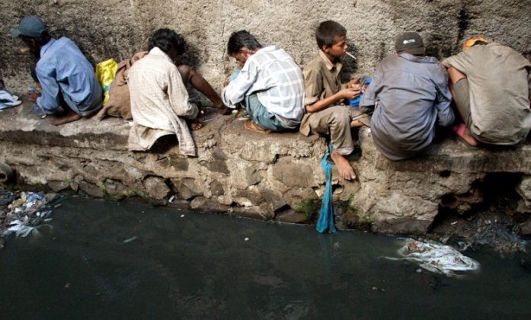 Number of drug addicts in Pakistan is on the rise. Besides a large number of children are also among them. A United Nations Survey in 2013 put the number of Pakistan’s drug users at 6.7 million. The report said that people in age group of 15 to 64 years also abuse purchase medicine without doctor’s prescriptions.

Besides, there were four million drug addicts among 67 users. United Nations Office on Drugs and Crime said that about 800,000 people in age bracket of 15 to 64 years regularly use heroin. 78 per cent of these heroin addicts were men and remaining 22 per cent women and they consume 44 tonnes of heroin every year.

Besides, Pakistan also serves as conduit for the smuggling of 110 tonnes of heroin and morphine form neighboring Afghanistan to international market. Drug trade in Pakistan is estimated to be around US$ 2.2 billion.

On the other hand, highest numbers of charas users were in Khyber Pakhtunkhwa areas; bordering Afghanistan, where 11 per cent of population was addicted to cannabis concentrate.

Asif, a 12 years old drug addict who is undergoing rehabilitation in Swat told TNN that he starting using charas along with his elder brother while going to school. “We used to purchase charas from our pocket money,” he said. When their parents come to know about addiction, they admitted to the local rehabilitation centers, where they were receiving free treatment.

Asif is hopeful about his bright future. He said that they offer their prayers regularly and recite Holy Quran. Besides they also do their school work and enjoy playing with other children in the center.

On the other hand, Asad, 14 years old minor from Lahore is also undergoing treatment at the same rehab center. He belongs to a poor family and ended up befriending boys older than him, who were into drugs. They were hooked to charas and methamphetamine. However, Asad started smoking charas and one day his maternal uncle caught him and took him to Swat’s rehabilitation center.

Asad is now undergoing treatment in rehabilitation center and well on way to recovery.

Offenders under 18 years of age are treated under the Juvenile Justice System Act, 2018. if a child is arrested for smuggling, or any other crime The JJSA,2018 comes in motion, the first step of police's to investigate the case and determine thr age if offender if he claims juvenility, and it is proved by his educational or other pertinent documents but

In case if the child has no documents whatsoever to prove his age, a medical board is constituted to determine his actual age. after determination of child’s age, if found juvenile there are two pathways to proceed

e resolve through Diversion but with the consent of Both the parties (a special comittee comprises of Magistrate u/s 30 CrPC, Probation officer BPS-17, Advocate having 7 years Experience in the Bar, District Public Prosecutor(DPP)) the committee muat resopve the matter within the period of 1 month, And if no such diversion consent has bern made or the parties not so agreed then thar accused's child undergoes trial at a juvenile court.

In the meanwhile, the child must be at reformatory school , called borstal, where moral training will be given to such offender but in any situation the juvenile accused must not be kept/detained in jail like ordianary offenders.

A court can deny bail to a juvenile in case of expecting him to commit another serious offence again otherwise the juvenile claims his bail as of Right . Even his trial is conducted in hollowed court and no unrelated people are allowed to be present inside the court during hearings.

In case of any conviction, the court sent the juvenile offender to reformatory school where he has to undergo moral training and will have to sell tickets at parks, railway stations etc as of penalty. It is further necessary to mention that the conviction of juvenile does'nt effect upon his career where he has to lost in any public sector job opportunity, in all situations no physical punishment will be awared, His conviction's purpose is only to reform hus character and make him a good person.