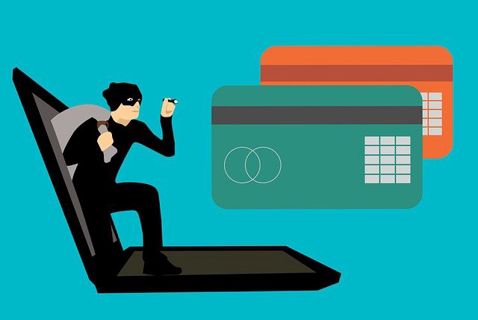 He was a teacher in an educational institution. The desire to be rich often stirred his heart but there was no way out. at last! One day he saw a ray of hope, he found a man who offered him an investment in his business and promised him a good return every month. [1] Arranged, gave good profit to his close people (including his students) and collected lakhs of rupees and got this person deposited. Now he started getting a huge amount of money in profit every month on time out of which he kept all the profit of his own money and also gave the fixed amount of profit to others on time and kept his margin (for example in the profit of one lakh). If he got more or less four thousand, he would give Rs. 3500 to others and keep Rs. 500 himself. Two and a half months passed like this, the teacher's confidence in this person and the people's trust in the teacher increased, so more money was accumulated and the investment reached 8 million. But the next month, the man with whom the teacher had deposited his and other people's money disappeared. Now the teacher had to give and take because not only the poor person lost his money but also the people who had deposited the money. Now people have started demanding their money back from him. Teachers' honor, careers are all at stake. How could he return such a large sum of money at once! He started pushing people on promises but for how long! In order to save his honor, dignity, and life, he sold his personal house and some valuables but his life was not completely lost! Her brother-in-law was also among those who paid the money to the teacher. Thus the life of this teacher was ruined by fraud in his desire to become rich.

Dear readers! The incident took place some time ago, which he described in his own words. There may be people around you who have been the victims of fraud. Before proceeding, read some similar short stories:

(1) Through various websites and social media, 20 people of 6 groups were caught stealing by giving millions of dollars to the Pakistani people for a few thousand rupees. Only one person who had filed a petition against him had deposited a total of Rs. 41.90 lakh in various accounts at his request. [2]

(2) The FIA ​​Cyber ​​Crime Wing arrested two brothers in a raid in a town in South Punjab. The accused had received Rs. 10 million and Rs. The suspects are accused of setting up an illegal website to deceive naive people and embezzling money in the name of online investment. [3]

(3) A fake investment company set up in Peshawar has cost the people Rs 5.60 billion in just one year. Most victims are real estate, digital and foreign currency investors. The company also set up a website that went offline on November 20 and a message appeared on the page saying, "The system has been hacked. "Later it was found out that the system of the company was not hacked but the company itself has been embezzled with the capital of the people. [4]

Remember! The way these people behave is that for two, four, or six months they will give you regular benefits without any demand, but then they will either disappear or cry for loss. And the money you gave them together they will promise to give in small amounts over many years. There is much for us to learn from such events, for example:

(1) Never trust a person who promises you a profit without any hard work for a small amount of money which is unimaginable in real business, or a quarter of a million crores of land. Claim to pay at a price, never take a wrong step out of greed, even if your contact with this person is online or offline!

(2) No matter how close and trustworthy the person who gave you the idea to invest money is! Ask him out well if he is no longer absorbed in the connection.

(3) Before investing money in a company, carefully review its legal status and issues. Consulting an expert will also benefit you.

(4) If you intend to take a risk without any investigation, do not invest someone else's money at your own risk, because if he runs away with the money, you will lose your own money. Of course, others will come to your life to collect your money.

(5) If you are going to buy land to build a house or invest in a project, make sure that the land has been purchased by the developer or is just going through the booking process. How much development has been done and is it ongoing or not? Is there no case pending in the court regarding this land? Experts say that you should never rush into buying a property and always take your full time and do not invest until you are satisfied.

Along with other precautions to avoid fraud, it is important to make sure that the project or investment is legally permissible or not.