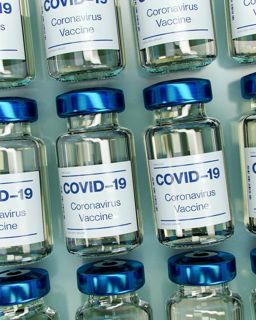 Booster shots of the Pfizer-BioNTech and Moderna vaccines have proven highly effective at preventing Omicron-related hospitalisations, according to three new studies by the US Centers for Disease Control and Prevention.

The booster doses were 90 percent effective at keeping people out of hospital after they had become infected with the Omicron variant and urgent care visits, data indicated.

“It really shows the importance of getting a booster dose,” the CDC’s Emma Accorsi, one of the study’s authors, said on Friday.

“Americans should get boosters if at least five months have passed since they completed their Pfizer or Moderna series, but millions who are eligible have not gotten them.”

The research comprised the first large US studies to look at vaccine protection against Omicron.

Many continue to worry about experiencing side effects from vaccines -- especially the COVID-19 vaccines -- but new data from a comprehensive meta-analysis suggests there is little to fear.

The study from Beth Israel Deaconess Medical Center found that a large number of side effects reported by patients after receiving their shot can be attributed to the placebo effect.

The second study focused on COVID-19 case and death rates in 25 states from the beginning of April through the end of December.

People who were boosted had the highest protection against coronavirus infection, both during the time Delta was dominant and also when Omicron was taking over.

Side effects after C
Previous Research.
Study About Corona V
PFIZER BIOTECH AND M
What happens After O
Hard Desicion About
A
A
Ayesha Raza
Follow