Abstract：Due to the increasing interest in Forex trading among South African youths and general citizens, many unscrupulous individuals have created their brokerage firms existing only online to scam new traders. Wikifx has taken the pains to identify some of these Fraud brokers. All South African traders are therefore advised to avoid dealing with these scam brokers identified by Wikifx below. 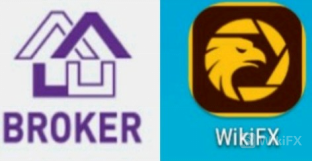 This broker according to Wikifx rankings had scored 1.21/10. They are not regulated by anybody. They only claim to be regulated by the

National Futures Market (NFA) in the US which is a false claim as they are not in any way in the list of NFA regulated brokers.

Alfla broker has a lot of negative complaints from traders. Virtually all those who deposited money with them couldn't withdraw after the deposit. They have a fake site that goes down at will. Similarly, they have been known to be manipulating the market and blowing traders account so as to be unable to withdraw.

B. UFX Market and UFX Bank

UFX Market and UFX Bank has a lot of negative reviews and complaints made by clients. The broker is well known for posting false client reviews on different websites. Wikifx has blacklisted this broker because of its widespread bad reputation and scamming traders. The company is known to adopt common tactics to cheat its traders, the trading manager persuades users to deposit more and more money in their accounts with the requests for fund withdrawals never being processed – to name but a few irregularities.

More so, UFX brokers have no customers support. Traders have no way to reach out to their customer support and UFX suggests risky trades to traders which will result in potential losses. When a trader in turn tries to close their account, they are subsequently persuaded into a “last deal” which results in a huge loss and wipes out the traders funds entirely.

This broker has been discovered by Wikifx to have no regulators. They have a very low ranking by Wikifx scoring 1.29/10.

Traders are sternly warned to stay away from this broker as a lot of negative complaints surround them. A lot of traders who deposited with them in the past have not been able to withdraw after trading.

This broker based on Wikifx findings has no regulators. Wikifx has classified them as a known scam broker with no physical office or branch. All who deposited with this broker were not able to withdraw afterwards. They have a very low ranking by Wikifx scoring only 1.15/10. All South African traders are therefore warned to stay away from this broker and avoid losing their money.

Tradorax has a lot of serious complaints and has received 4 guilty votes in the FPA Traders Court which has led to it being declared a scam. According to Wikifx findings this broker is not regulated. This broker had a track record of freezing traders accounts and blocking users from withdrawing their funds. More so, this broker makes deals without the permission of the user and has been known to be fraudulently charging credit cards. Very often this broker keeps persuading clients to deposit more money before they can be able to withdraw. Wikifx has sternly warned all traders to avoid using this broker.

This broker according to Wikifx findings has no single regulator. They have a lot of fraud cases and inability to withdraw after depositing money with them. According to the reports of those who deposited with them, it is always very easy to deposit but can never withdraw at the end. Often they go to the extent of freezing traders accounts. Wikifx has given them a very low ranking of 1.13/10. South African traders are advised to stay away from this broker.

Trade-24 has a popular track record of fraud. This broker has no regulator and is associated with regular freezing of traders accounts, almost impossible to withdraw funds, and stealing accounts coupled with further allegations of forgery. Trade-24 states on their website that it was operating under a license from IFSC but this was completely untrue and IFSC of Belize has put up a notice which confirms that they had not issued any license to them. All South African traders are warned to stay away from this particular broker to avoid losing their money.

This broker stages a High-Yield Investment Programs which promises traders high returns which seems too good to be true and never fulfilled in the end. The Financial Industry Regulatory Authority (FINRA) has issued a warning back in 2010 against the schemes, calling the operators ‘con artists’. Panamoney has also been known for deducting amounts from accounts and forfeiting all profits for false ‘early fund withdrawal’ requests which were never actually made by users. Often this broker blocks traders‘ accounts without any reason and they will take all of an investor’s money along with it. Panamoney has been blacklisted by Forex Peace Army and cautions against investing in HYIPs. All South African traders are advised to avoid this broker.

NetoTrade is at the top of the list when it comes to receiving warnings from various regulatory bodies – globally! The National Securities Market Commission in Spain has issued a warning against the use of this company as it does not carry a license and the Swiss financial regulator FINMA has included it in its public Warning List. Wikifx has identified this as a scam broker without any regulator. Traders who deposited with them in the past have not been able to withdraw till today. All traders are advised to avoid dealing with this broker.

This broker has been discovered by Wikifx to be a scam broker without any regulator. According to traders review, it is always very difficult to withdraw from this broker as it keeps saying “insufficient funds” each time one tries to withdraw after depositing. Wikifx has given them a very low ranking of 1.09/10 and placed them on the list of scam brokers. All South African traders are enjoined to stay away from this broker.