A story about the hopeful Titters. 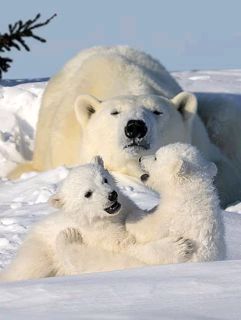 Giving in with Mrs Theila

On a so beautiful day,one that has never been like what Patrick had seen before,gifted the faithful Titters a present. A present?

"What would this box hold?" , Theila,a single mother to her two baby animals; Patrick and Sucy asked,to no one exactly. Mrs Theila ran from her husband's home,with her children tied to her chest because she saw him eating too hurriedly and felt any of them could be the next meal. Actually,it was an iced fish Mr Titter caught by the riverside. From that day,till times millennium,Mrs Theila cooked hatred in the pot of bad thoughts,for fishes.

Incessantly, Mrs Theila asks that question everyday,with a large smile revealing her white set of teeth. Her son, Patrick was scooping the sand as he does every morning into a sand bucket. His intentions seemed a little creepy, but this day,he made history. He found a little red ball. Oh! the joy was exceeding. He screamed in excitement until his larynx might have shut the door of his vocal cords. Pitied him a bit, poked a tiny window. He coughed.

Mrs Theila and Sucy were ready to go to see an older lady for some shots of wisdom. Meanwhile, Patrick let the ball roll by mistake,towards the riverside. He was so sad!

Mrs Theila decided to go still,to her hated destination,the fish's place. She believed the day blessed Patrick with a ball and his future hopes and efforts would be in line with the ball's hope. She had to keep his hopes alive. She loved it when people believed in themselves,so,she ran towards the riverside,and was greeted by a fishing hook and line. It was a ball,not a fish. She thought,but the rough edges of the hook held unto her clothings. The river was not so clean, and could be termed a swamp, therefore,she didn't see his red ball.

Reluctantly,Mrs Theila had to give in and catch a fish. She grew up in the riverine areas and was perfect at fishing. Then, while everyone returned,in the fish soup was Patrick's ball. They all had to end their hatred for fishes,giving in with Mrs Theila.