Winter seemingly has the perfect life with everything she need until she is arranged to be engaged to her worst nemesis. Now we know why we should never say perfect! 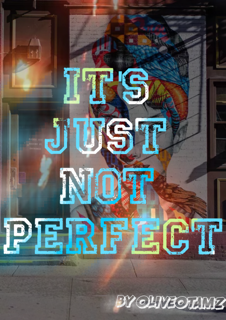 Not wanting to sound all bougie and all.
Which I'm pretty sure is what people who definitely WANT to sound bougie say.
But I lived in the money.

Ok...enough about me...Ha! I'm kidding,the story is totally about me so...you just can't get enough!
I think I've heard that in a song somewhere.
Back to the topic.

I'm the first daughter of Rick and Ally's Homes and Estates a.k.a R.A.H.E pronounced as spelt.
I know,it's awful. Believe me,I know!

So basically, R.A.H.E is the biggest real estate dealer in the whole country. It's in Dallas,Texas but our mansion is in a Greensville,a town in Dallas,Texas.

My elder brother, Falls is a top notch lawyer who's actually working on becoming the youngest state attorney in Texas

I'm actually next in line to the 'throne' of R.A.H.E, if you may.
This is unfortunately, as a result of Falls not being interested in the family business.

I actually never remember saying that I was interested, either.
Maybe if I said so,they'd give it to my four year old sister, Summer.

Maybe she could just turn the business into a unicorns,candies and barbie dolls crusade.
Ha! The look on Rick's face.

At least during the 17 minutes, 23 seconds and 14 milliseconds ride to school with my favorite person,our head chauffeur, Benny.

I don't want to bore you with the cliche story of 'the really rich and popular girl who has it all, is actually really lonely'. Because it's a lie.
I'm not lonely.
I've got my gang. Ella, Robin, Lucia and I. We were soul sisters!

But sometimes, I wished that I could just have a normal life where people did not avoid me like a plague.

A life where my biggest worries weren't some business deal about to break up or getting the president of Malaysia to sign a contract with us.

I know many people avoid me. I know it's definitely because I'm rich and so high up there and maybe because I have a slightly itty bitty awful personality.

What?
Ok...you got me there.
I may have a slightly itty awful personality.
But that's not a real reason to avoid me, right?

I may be a mean girl who walks around with a group of meanies.
I may be a bully once in a while.
I may talk back at teachers.
I may boss people around.
I may....ohhhhh now I see.

My friends are awesome.
As I had said earlier,we were like soul sisters.
Everything was perfect until one left.

Although we're still cool, the one who's name must not be mentioned,left with a large piece of my heart...and my room curtain.
Don't even ask.

But my 'gang' and I are still together. At least the rest of us that knew what loyalty meant.As cliche as it sounds,we're a bunch of rich girls,except that I'm richer and prettier, and not to sound cocky but...better.
Yh... totally not cocky

We hang out and maintain a social front,try to keep up with the latest trends and obsess over vague stuff.
At least that's what people think.
But we're actually more than that.

People would always talk but what matters at the end is the ability we have to rise above the hate.
Although I must confess, most of the hate I get,I totally deserve 'em.
It's hard,I know but a gal's gotta do what a gal's gotta do.

Oh speak of the devil and he appears.
You guys know that I'm not talking about the real devil, right?

"Hey Winter!"
Ella smiles at me.
"Shortie?"
I asked, feigning surprise.
It sounded like something little and seriously childish, but the 5 foot tall 17 year old, didn't find it funny at all.

Her face immediately morphed into anger as she scowled at me.
"Shut up...you...you...twat!"
I raised amused eyebrow at her.
Seriously, my little sister could do better.
She's 4!

As if noticing my indifference towards her 'protest' she settled for glaring holes at the side of my head. I didn't mind. What ever made her and her height feel better.

I must say,it was quite amusing to see how something so small and what many would call silly, could cause such a big reaction.
Humans!

She was putting on a blue jean bum short and an oversized pink hoodie. Her pink tinted hair was tied up in tight bun with her black Dior saddle bag to match her black vans shoes.

She looked really pretty,I must say.
I flashed my million dollar smile at all of them.
I was actually really happy to see them.

"Hey Ebony!!"
I waved at Robin.
She completely ignored me,typing fast on her iPhone 12.
Her pure white Erdem jumpsuit which made her beautiful ebony skin sparkle underneath.

"C'mon guys hurry up... we're gonna be late for class."
Lucia commented in her thick but nice Mexican accent that couldn't seem to leave her even after 10 years in America.

"What do you mean late? I thought Amanda has borned?"
Robin said,not sparing is a single glace from her phone.
I could literally see Emma throw up and swallow.

For some reason, Robin had come to a life decision that bad English was cool and 'hot'.
Listen! Don't ask me anything ok?
I'm just as confused as you are.

Emma wanted to protest but I signalled her to let it go.
We've tried our best.
Lucia,just like me was the most unsophisticated in the group.
We were both putting on simple skinny jeans, although hers was crazy, and t-shirts.

"Yeah I know but Sociopathic wants to use half of the period!"
There goes my life!
What was wrong with these people?
Did the unhappiness of kids really bring them joy?

It was currently 3rd period and we had Geography.
Well...we were supposed to.
But apparently,our Geography teacher just put to bed.
I heard it was triplets!

Yay her!! I mean triplets are really cool if you ignored the recession,high cost of child care,prices of baby clothes,baby food and the over all stress!
But what can I say...Halelujah sister!

I wish all the teachers gave birth.
Dang I wished the whole 'situation' called school,gave birth!

I was seated at our picnic spot in school.
We had sort of claimed it as ours and no one had dared to collect it.
I mean,how could you dare to even do so?

It was a cozy spot under a really beautiful umbrella tree in the school yard.
There was a fountain in the middle.

Honestly,it was a really cool hang out spot.
I was working on a French essay when they came to me.
I got up and dusted my butt from butt grass.
What? You got a better name for it?

"Oh my gosh!! Lee Mi Ho is MARRIED!!!"
Robin squealed in alarm, scrolling through her phone like a mad woman.
Ella looked like some one had just died, as she scooted closer to Robin, tipping her toes to look into her phone.
I rolled my eyes at the two drama queens.

I rolled my eyes.
I think I'm gonna puke.
I looked at the two girls again.
Robin was frantically kissing the screen of her phone,while Emma was fanning her self as if she had caught fire.
Yup...I'm definitely gonna puke.

***Author's Note***
Sooo..what do y'all think?
Just a brief introduction.
I hope you liked it?
Please vote and comment
💓 Olive

Question:: For the girls...tampons of pads?
I honestly prefer pads.
I've never used tampons before tho but... I think I'll pass.😁