The World Health Organisation has expressed concerns over the possible outbreak of the vaccine-derived poliovirus, also known as CVDPV2, and is also concerned about the poor quality of supplementary immunisation 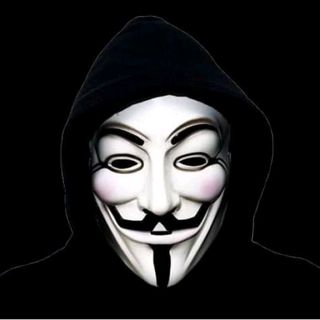 The World Health Organisation has expressed concerns over the possible outbreak of the vaccine-derived poliovirus, also known as CVDPV2, and is also concerned about the poor quality of supplementary immunisation activities conducted to date and routine immunisation, and urged the country to focus its efforts to address these two factors.

FILE - BRAZIL - 2020/03/20: In this photo illustration the World Health Organisation (WHO) logo displayed on a smartphone.

© Rafael Henrique/SOPA Images/LightRocket via Getty Images FILE - BRAZIL - 2020/03/20: In this photo illustration the World Health Organisation (WHO) logo displayed on a smartphone.

This is as the global health body stated that Nigeria had caused international spread of the CVDPV2 to other countries, while giving the official number of confirmed cases as 385 so far.

Nigeria was the last polio-endemic country in Africa and was officially certified free from polio after marking three consecutive years since the last case had been identified.

Polio, an infectious disease caused by the poliovirus, results in paralysis of the arms and legs. While it causes serious residual effects, polio can be prevented by vaccination.

The WHO said Nigeria was now affected by a variant of the poliovirus caused by lack of routine immunisation, which experts in separate interviews with our correspondent said could assume the form of the lethal and dangerous wild poliovirus.

According to the WHO, Nigeria accounted for the highest cases of the CVDPV2 reported in November 2021.

It said, “The number of CVDPV2 cases as of November 2021 totals 420, of which 266 occurred in Nigeria. The explosive outbreak of CVDPV2 in Nigeria has caused international spread to neighbouring countries. The risk of international spread of the CVDPV2 remains high, with experience in Egypt and Iran showing that even countries with high IPV coverage are at risk of established CVDPV2 transmission following importation.

But a renowned Professor of Medical Virology and an expert in matters relating to polio epidemiology at the University of Maiduguri, Marycelin Baba, stated in an interview with Sunday PUNCH that the mutation was genetically unstable.

Baba said, “The vaccine-derived poliovirus has mutated so much and has the capacity of causing paralysis, just like the wild polio, because among the three stereotypes of polio, Type 2 is genetically so unstable and mutates very fast.

“It is under control right now because the Centre for Disease Control (and Prevention) has produced the NOPV2 vaccine for emergency use; so with the response, vaccination of children with the NOPV2 will fill that gap, but Nigeria is currently undergoing a vaccination gap.

“The Federal Government and other regulatory agencies need to act fast as delayed response can be very dangerous. Most of us knew what the country went through before the wild poliovirus was eradicated. We still see people, who are still suffering as a result of lack of breakthrough in vaccines. But now that there is a vaccine, it is time to respond and address this as fast as possible”

A professor of Public Health, Clara Ejembi, warned that the vaccine-derived polio could degenerate if not quickly addressed as “viruses change.”

She called on the National Primary Healthcare Development Agency to mount an outbreak response.

Ejembi said, “The first strategy for polio eradication is to have a strong immunisation programme such that 80 per cent of children are immunised as and when due. Viruses change; this is called mutation.

The WHO recommended that in the case of Nigeria and some other countries currently affected by the CVDPV2, “(It should be) Officially declare, if not already done, at the level of the head of state or government, that the prevention or interruption of poliovirus transmission is a national public health emergency.

“Undertake urgent and intensive investigations to determine if there has been local transmission of the imported CVDPV2, and further intensify efforts to increase IPV immunisation coverage, including sharing coverage data.”

In a bid to curb international spread, the WHO advises that countries like Nigeria and others with the CVDPV2 should “encourage residents and long term visitors to receive a dose of the IPV four weeks to 12 months prior to international travel, ensure that travellers, who receive vaccination, have access to an appropriate document to record their polio vaccination status.”

Efforts to get the Executive Director of the NPHCDA, Dr Faisal Shuaib, on activities being undertaken to scale up the polio response in the country proved abortive as messages sent to his line remained unanswered as of the time of filing this report.