It's all about the war between the wizards of Hoods and the shadows. 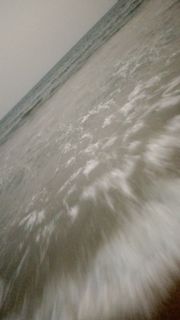 When it all happened, the darkness inside was allowed to take over, the darkness gave power, hope, dream, the light had faded the darkness ruled the entire world, some humans still believe that one day, the light is going to rise again and everyone will be out of the spell of the darkness. Some set of people thought the darkness was a curse while some thought it was it was time for the dark to shine.

As we walked along the road in the bright daylight, I could tell that the guys that were about to approach us were going to tell a lie. I just stood at one side and watched James discuss with them, it looked like he was losing the guy's interest in helping us but they were not telling James the whole story. I walked up to where they were and I said " you all are very self-centered, you think the shadows will leave your city alone when It is next to Ozera city, nothing can save anyone here except we all work together to end the war". The whole team just listened in silence as she was given the room to speak.

The only thing I could think of was, were they even listening as they all kept quiet, or were they waiting for me to finish my nonsense and shut me up, I did not know where that courage came from but I was speaking with no fear, my whole body was saying the same thing, I turned to look at my friends and I noticed they were also in love with what I was saying. Then Steve the guy James was trying to get to help us, agreed to partner with us just to defeat the shadows.

"We have friends who can supply us with gold and diamonds but we need people who can craft them into dangerous and great weapons that can be used to slay the shadows once it attacked. "James said as he was explaining to Steve and his leaders, Steve was the minister of power, he was in charge of all the weapons created and sold out to other countries. The city of Asteria was good at making weapons, being the minister of power made one very rich and respected around the entire cities in the country. The first in command was the king of Asteria and the second was the Queen followed by the minister of power he has the right to make or give orders when the royal families are not on sit.

Mr steve was our source of weapons but we knew that we can't rely on them alone so James and I journeyed deep into the southwest to the city of pogopia, also known as the home of fish. Here we meet the Queen of the city, she was very young but she had wise counsel. We were summoned into the court, we stood in the middle of the room and bowed before her majesty, " your majesty, we are here to tell you about the upcoming war of the shadows, we need you to stock food and supply us when we call out to you." As her majesty was about to give her say about what we were offering, we sited a shadow, immediately James and Kiara drew their sword and walked outside the courtroom gentle and a man was putting on a black coat with a black hat, he was walking as faster than everyone else James chased him but he lost him to the crowd. Now they knew the shadows are around the corner and they are stalking them so they spilled up, kate was to stay in the city of fish will James will journey to meet Peter at the gate of hell.