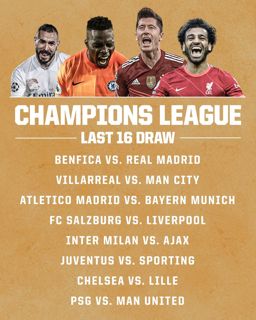 The Secret behind Manchester United Success The recent form of Manchester United has caught other big teams by surprise. The Norwegian gaffer Ole Gunnar Solskjaer took over Jose Mourinho position in December 2018, and after poor start of Ole Gunnar solskjaer’s Man united managerial career, the magic behind Ole’s tactics this season have really worked. It is not secret that current squad will fight with everything they have, especially since they have few injuries compared to last season at this stage. Manchester United style of play in recent years was criticized for ‘parking their bus’ but, under Ole Gunnar’s playing style, the players are playing freely and direct.Is the team too reliant on Paul Pogba and Bruno Fernandes? When Pogba and Bruno are firing, it is really difficult to stop them. Bruno has already scored 28 goals and assisted 18 goals in 52 games, his 28th goal was against Liverpool and it was sensational. A goal that was scored from free kick position after Edison Cavani was brought down by Fabinho, that goal helped Man United knocked out Liverpool in the FA Cup competition. On the other hand, Paul Pogba has gradually improved this season showing composure and leadership when playing. The Frenchman is now showing and delivering this season, and he has two goals in 2021 that came in the form of stunning strikes against Fulham and Burnley.Not only Bruno and Pogba under current Man United team are playing well, but also the team has the likes of Rashford, David De Gea, Harry Maguire, Eric Bailly, and Edison Cavani. A player like Eric Bailly cannot play each and every game, but when called upon, he plays so well defensively. Bailly and Maguire have formed a really amazing partnership, already having kept four clean sheets in six recent games. Maguire was under a lot of pressure after joining Man United. He was expected to play well like the likes of Liverpool defender Virgil Van Djik after he was signed from Leicester a fee that cost Man United 80 million Euros. The central-backs have help David De Gea a lot, forming a good and difficult defensive wall in front of him. The Spaniard has now 6 clean sheets this season after difficult competition from England goalkeeper Dean Henderson in the starting XI. However, he has managed to brush off competition from Dean Henderson and now he starts almost every Man United game. De Gea and Phil Jones are the only survivors since Man United last won Premier league title in 2013.This season Ole has used Rashford and Martial upfront a lot, but Cavani has been recently praised by Man United fans for causing a lot of trouble against opposing defenders. The 33 years old Uruguayan forward has reinforced Ole’s forward options, having now five goals and two assist this season. On the other hand, Rashford is already heroic on and off the field. The 23 years old this season has started 25 games in 32 appearances having scored 15 goals and 7 assists in all competition. Therefore, having such a luxury of players under Ole Gunnar’s disposal, the players who can help the team pick up points and defend well, like their recently form, then they can have big possibilities this season and other coming season too.