The natural environment or natural world encompasses all living and non-living things occurring naturally, meaning in this case not artificial. The term is most often applied to the Earth or some parts of Earth 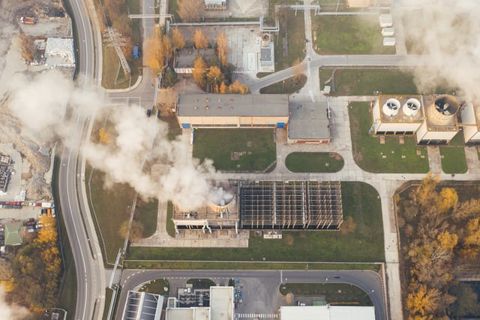 When politicians start talking about renewable energy, you know we have problems. Solar energy is a significant renewable energy and here is an overview of how the technology has developed.

Historical Advances in Producing Electricity From the Sun

Solar electricity is simply energy produced by harnessing the sun. It comes in many forms including electricity production through panels, home heating through passive systems and mobile packets for powering devices like laptops and RVs to mention only a few platforms.

Historically, sunlight has been used by mankind to produce heat ever since we first built structures. Without electricity, mankind soon learned to orient structures to capture the heat of the sun during the day and store it in ceramic or mud materials much like a blacktop parking lot will radiate heat after the sun has gone down. Early Greek structures show a particular use of this solar strategy as do Egyptian structures.

The production of electricity using sunlight is a much more recent phenomena. In 1901, Nicolas Tesla was the first person to receive a patent related to solar electricity, but he called it radiant heating. He sought a patent for a machine to capture the radiant heat, but nothing much came of the invention.

In 1904, some unknown physicist named Albert Einstein published a paper on the potential electricity production from sunlight. In 1913, William Coblentz received the first patent for a solar cell, but he could never make it work. In 1916, Robert Millikan was the first to produce electricity with the cell. For the next forty years or so, nobody made much progress because the cells were highly inefficient at converting sunlight to energy.

In the 1950s, Bell Labs got involved with NASA. Bell was charged with coming up with a solar platform to power spacecraft once they were in orbit. The solar industry would never be the same.

Gerald L. Pearson, Daryl M. Chapin, and Calvin S. Fuller started researching different areas related to solar, but not active parts of the NASA project. By luck, they meet and exchanged ideas. While their individual projects were failures, their combined efforts produce a much more efficient cell using crystallized silicon to convert sunlight into electricity. The efficiency rate of the cells was roughly 6 percent, a marked improvement over previous technology. In 1958, NASA launched the Vanguard Spacecraft, which was powered by solar panels.

In the following years, solar technology grew in leaps and bounds. Solar panels today are roughly 15 percent efficient, but also much smaller than they use to be. More importantly, companies are abandoning the panel platform and coming out with amazing new products. The first are shingles that look exactly like regular roof shingles and perform as such. Nanotechnology is also offering amazing possibilities with quantum dots, which are essentially solar panels on the quantum level. Eventually, these dots will be incorporated in things such as paint. Yes, the paint on the walls of buildings and homes will eventually also produce all the electricity needed for the structures.

Man has used the power of the sun for heat for a very long time. Only now, however, are we starting to master the technology to turn it into large amounts of free Electricity.

off unexpectedly due to a power cut it can last for several days. Having no hot water, no cooking facilities, a lack of refrigeration and no form of heating or lighting are just some of the inconveniences incurred. Power grid independency is only one of the many reasons to consider installing wind power preventing you from becoming solely reliant on the electricity companies.

Installing wind power will allow you to be in charge or your own environment. The problems experienced by others through the failure of mainstream electricity supplies will not affect you. In fact, you may not even be aware that anyone else is having difficulties until they contact you asking for your assistance as they are suffering in either hot or freezing conditions!

Another great benefit of wind power is the rebate offered by many states for people who are willing to install wind generators in their homes. In overall terms it is likely to take up to ten years or maybe a little more to see the monetary benefits of having the original installation carried out, but from that time onwards the best part of your power will be free. Just imagine the fact that the running costs of your home or business, or even both, can be reduced to practically nothing. This is because your meter will slow down considerably as your wind power equipment kicks in, thereby reducing your supply from the grid.

This low usage from the grid will be maintained until such a time that the wind is not strong enough to produce power and you will then notice your meter speed up again whilst power is being drawn from the grid supply. In California, if you have wind power within your home, it can in reality replace power back into the grid, so your meter will go backwards; in effect giving you credited power to use in the future. This or similar systems may be introduced in other states in the near future, thus expanding the advantages of wind power more widely.

Although wind power is not perfect, it is a safe and honest cost effective plan for the time ahead of your family and country. Take a minute to sit down and work out just how much you expect your power bills to cost you for the rest of you and your children’s lives. Make a comparison with that of a wind power supply and the benefits will be clear to you. Even if you feel having wind power installed is an expense you just cannot afford at the minute, it may be worth considering taking out a loan as the savings you are likely to make will be more than adequate to repay the amount you have borrowed. Make sure you check out the information available about which schemes are on offer to you.

The last example of this specific phenomenon was apparent was in the early 70’s, when there was a crude oil trade embargo and hence, no gasoline. Substitute energies began to pop up here and there with many people jumping on the band wagon. But, gasoline soon returned in plentiful supplies and unconventional energy sources fell beneath the average consumers radar screen again. Now, in 2009, the common consumer is seeing petrol prices move higher and found a realization that global warming will be affecting finances soon. Substitute energy is back in the sentiments of the ordinary consumer and, maybe, this time for good.

Where did solar go?

Solar power for the home was a big seller during the energy crisis of the 70’s. Many houses found tri-pods of solar panels on their roofs gathering what power they could. These units were found mostly in environmentally sensitive Arizona, but soon they were found across the World. Unfortunately, the solar power cell of the 70’s just wasn’t all that cost-effective and cost quite a bit to put in and maintain. As fossil fuel returned to the marketplace there was diminutive need for solar cells in a time of flagrant consumption. But the idea of solar energy was a good one and many trailblazers understood that it was a good idea that had yet to find its time. Solar panels never went away; they just slid back into the laboratory to await solar panel 2.0.

Solar is back and ready

Today’s solar panel is not your father’s solar panel. Depending upon which type of energy you care to generate, electricity or hot water, today’s solar panel has come a very long way in the form of photovoltaic’s and will go further still. These cells, when combined into panel form, turn the suns rays (so-to-speak) right into power ready for use. They have also become exceedingly efficient, more environmentally sound and less expensive. Today’s solar panel will sit almost anywhere and is quickly finding itself being turned into a panel the thickness of a nano particle. Solar power technology is running at extremely fast pace and driving costs down to an affordable level.

As mentioned, it takes a change in the purse strings to see a marked change in a consumer’s behavior. With a technology and paradigm shift on the order of solar panels it requires a solid leap forward in panel efficiency, costs of panels , associated elements and an increase in existing costs of fuel. When these factors reach critical mass solar panels start to show up, not at the consumer level, but at the corporate and industrial level. This is simply because business moves its money where the costs-over time-are less. This is just good business. Solar panels are now, as in this past two years, become more cost effective for industry to use then to not use them over time.

Solar panels are now being used primarily because fuel costs are just too high to ignore in favor of a new technology that is worth checking out. Companies have available empty roof space and the choice of trying something on a larger scale to see if it works versus continuing to pay higher fuel bills and environmental costs. The whole concept is extremely self serving. There is no environmental consideration involved. If the company doesn’t use solar panels they have to pay fuel costs and air clean-up expenses along with variable fuel charges. They try out the solar panels and see if they work now. If they do, the company can; commit to a full.