The Summer Vacation That Destroyed Me

The day started with excitement but in the blink of an eye it turned into a nightmare. 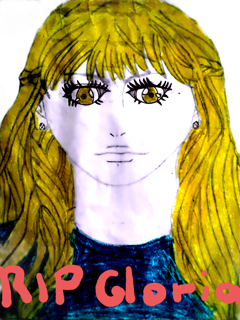 Living In A Nightmare

I cruised up a hill, pressing the gas a little harder as I glanced at the clock on the dash, less than half an hour, and I’d be there. As I hit the peak of the rolling hill and picked up speed on the other side, I shifted my foot to the brake to slow my descent, but the pedal felt… squishy. The resistance that was usually there had disappeared and the car didn’t slow. I pressed the brake harder, slamming my foot against the useless pedal as adrenaline flashed through me like a bomb exploding. Another bend in the road loomed, and I stomped on the brake over and over as my hands scrabbled to control the wheel, to control the turn. But I was going too fast. The curve was too sharp. I hit the turn at full speed. There was a cliff right up ahead. The tires on the right side of the car lifted off the ground as momentum hurled the vehicle outward, and I yanked on the steering wheel, fear and panic overriding every other thought. The car toppled of the cliff, I pitched forward, my head banging against the windshield, the seatbelt cutting into my shoulder, white hot pain streaked through me. The world spun. I thought I screamed or maybe that was just the sound of metal bending against its will. My life flashed in front of me, mom, dad……….. my twin, they would be so heartbroken. I wish I told them I loved them more, I wish I could go back to the past and correct all the things I did wrong. I released one final scream to the universe, to anyone who could hear me. “No!!!!!!!! I don’t want to die!” But my pleas fell on deaf ears as coldness, that can only be described as death seeped through me and darkness finally consumed me.

I was surfing on the calm waters, the cool breeze whipping through my hair, the sun highlighting the blond streaks and reflecting of my bronze skin, the air smelled salty and nice, bird flew overhead cawing. It was mid-June, summer break had already started and boy, was I glad school to not be in school. No homework, no cramming for exams. “Aaaahh.” I leaned back my face catching the sunlight. This, is what I called freedom!

Then out of nowhere piercing agony ripped through me, immediately bringing tears to my eyes. This type of agony was the emotional one, the one that felt as if your soul was tearing apart, that was the one I was experiencing. I toppled of my surf board and fell into the water, I resurfaced and swam to shore, collapsing on the sand. The lifeguard ran to me and started speaking, I think he was asking if I was okay but I wasn’t focusing on what he was saying, all I could think about was my twin sister Gloria, she was supposed to meet me at the beach. I just knew something happened to her , I couldn’t sense her and this scared me the most. I can’t explain it but Gloria and I share a link, we get premonitions when something happened to one of us and I knew something was wrong.

Ignoring the lifeguard, I hastily pulled out my phone and tried to call her, but my battery was dead. I cursed, then jump on my bike and raced up the high way heading for home. On my way there a TV was playing outside a shop and people were gathered around. Something called to me and I stopped the bike and went to check it out. On the screen, it showed a car that toppled of a cliff near here. No!! I knew that car, it was Gloria’s car. Calm down Saint, I scolded my self it could be a car that looked like hers. But then the news reporter mentioned her name and dread filled me. I looked. I wiped my eyes. I looked again at the screen and was sure I was not seeing right. “No!” I screamed. “It’s not true!” “Not my precious twin, it can’t be!” But deep, deep down I knew. Gloria was dead! Then the dam that I was holding back broke and the world that I thought I knew, suddenly got darker. It was destroyed! My life as I knew it, was over. My twin was gone.