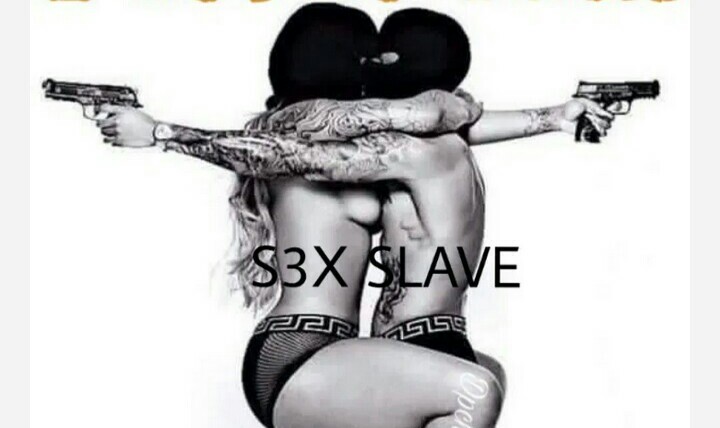 “Please not today, I am in pains” I said in tears as he approached me naked.

“Shut you you brat” my uncle said and slapped me.

I held my cheek in pain.

This has been the normal routine, I am Princess Regal, I am 18 years old. My have been living in pain and agony for the past two years now. Since my parents died, I have been living with my uncle Joe, he had no wife nor children.

He was very nice to me when my parents were alive, they even gave him a work at their company, not until when I heard they were murdered.

He brought me to his house to start living him him when I was 16, and since then he has been using me as his sx machine.

He comes in anytime and f**ks the hell out of me. He took my virginity mercilessly, I beg him every time to let me go but he doesn’t even listen to me. He just f**ks and go.

I tried running away but he caught me, and since then he had locked me in a room in his house, at the 2nd floor which was the last floor.

I always looked out of the window and shout everyday for someone to help but they all ignore and mind their businesses.

I continued doing this for 2 years bit I didn’t stop, I have a strong believe that I would be noticed and helped one day. I was deprived of school and friends.

I had no friends and the worst of them all I eat once in a day. I cry everyday but I end up growing weak in this same room everyday.

There are different marks on my bosy due to the several beatings I have received from him.

I don’t still know why he hates me this much after all my parents did for him😢😢.

He brought out a rope from his bag and reached for my hands, he tied them to the bed. I struggled with him, and he slapped me again. My hair scattered all over my face.

He moved to my legs, he opened them wide and tied them to the end of the bed, I was so weak to struggle with him.

I screamed because of the pain I felt, he took some of the pieces of my clothes and stuck it into my mouth to stop me from screaming.

He took my nipples in his mouth and bite it hardly like he wanted to bite it off.

“Hmmmm!!” I groaned and tears rushed down my face.

He moved up and kissed my neck, licking it like a dog. He smelt of alcohol, I closed my eyes in pain and regret.

“Why did you die mom and dad, why did you leave ms alone in this wicked world” I cried in sorrow.

I felt him stick his fingers into my p**sy, putting it in and removing it. I hated the way I felt, I just wanted to be free from all this, live the normal life other girls like me lived.

He went further, bringing his d**k to my passage. I closed my eyes in expection of the worse feeling I have ever felt.

And that was it, he digged it into me roughly and I felt pains all over my p**sy.

“Hmmmm!” I groaned again in pain struggling to release myself from the ropes but it was way too tight.

He started thrusting in faster and I heard him groaning. “Bastard” I cursed beneath my breath. He increased his pace and suddenly he released inside of me the same way he does everyday.

He laid beside me breathing heavily. I breathed out in pains, he stood up and wore his clothes, he looked at me and smiled.

“You are as sweet and beautiful as always” he said and released me from the ropes.

I felt severe pain between my legs that I couldn’t even close them, I had to leave him wide open like that.

He picked up the cloth on the bed and covered me, I couldn’t talk nor move, I was traumatized.

He made me hate guys.

“Don’t forget to use your drugs in the morning” he said and left the room looking the door from outside.

I pinned my eyes together and hot tears rolled down my cheeks. He always give me the drug to use after he sleeps with me, he said it won’t let me get pregnant.

And I use them, I don’t want to get pregnant for a bastard like him.

I tried standing up and I winced in pain immediately I stood up. I dragged my feet to the toilet in my room, I need to get that man’s smell off me.

I couldn’t stand properly, I moved under the shower and turned it on. I held onto the tap as a support for me.

The water came in contact with my body and I shivered. Goose pimples were all over my body.

I took my sponge in tears and started scrubbing my body hard. I scrubbed it so hard that i felt my skin would peel off very soon.

I want to forget his touch, I want to scrub all the pains and memories away.

Encourage with your likes and comments💖💖